A LIFETIME OF SERVICE, AND A COMMITMENT TO LEADERSHIP, PROGRESS AND PRODUCTIVITY.

"I am a first generation immigrant to the United States and a proud American who believes that we must all do our part to help improve our communities and our country."

"As an ideological independent I am saddened to see the divisiveness and disrespect people are showing simply because of party affiliation. I want to promote respect, productivity and progress. After all, no matter what your politics or party affiliation, religion, race, ethnicity or sexual orientation we all have one thing in common; we want freedom, security and a united America.

I have spent most of my life serving our great nation in the military and in law enforcement and I remain committed to doing what I can to help solve problems by engaging our politicians, civic organizations, businesses and individuals." 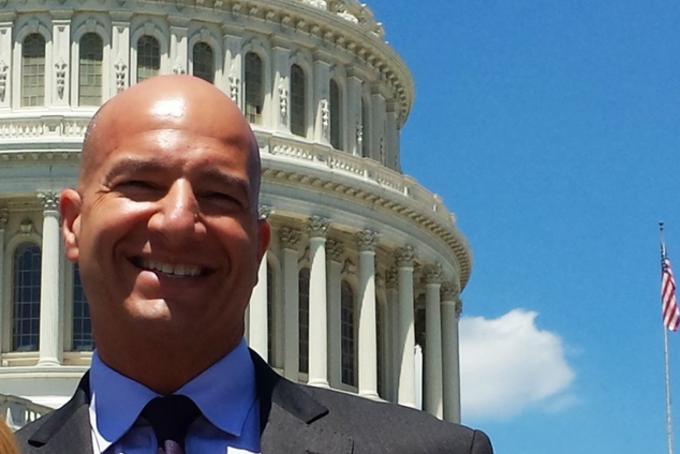 Eduardo Jany is a highly regarded corporate security leader for a major U.S. company managing protective operations and physical security for over 18,,000 people at over 190 locations internationally. Eduardo has provided consulting and advisory services for global security and law enforcement projects with special emphasis on Latin America and for the 2014 World Cup and 2016 Olympic Games.

He retired from law enforcement as a Captain - Assistant Chief of Police after more than 20 years of police service in Florida, Minnesota and Washington State. He also retired as a Colonel from the Marine Corps having served 33 years of combined active and reserve duty in Special Operations, Anti-Terrorism, Reconnaissance and Infantry assignments and over seven years of overseas deployments.

Eduardo received a Master’s in Criminal Justice from the University of Wisconsin-Platteville and attended the University of Minnesota for undergraduate studies. He was a 2014 Senior Executive Fellow at the Harvard University - Kennedy School of Government, and completed the Kennedy School National and International Security Senior Executive Program, the National De­fense University Reserve Component National Security Program, and is a graduate of the United States Marine Corps Command and Staff College. ​

He was the recipient of the Bronze Star Medal, Defense Meritorious Service Medal, Joint Meritorious Service Medal, several US and foreign awards as well as the Police Medal of Valor and Officer of the Year-Excellence in Service Award. A native of São Paulo, Brazil, Eduardo immigrated with his family to the United States in 1968, was naturalized a U.S. Citizen and speaks fluent Portuguese and Spanish. He is married to Luciana Pinheiro, has a baby boy and two teenage daughters.

"Let us not seek the Republican answer or the Democratic answer, but the right answer."
-John F. Kennedy

Eduardo earned a Master of Science in Criminal Justice from the University of Wisconsin at Platteville. He is a specialist on Latin America, is fully fluent in Portuguese and Spanish has been cited in several journals. Eduardo completed his graduate education with a published study on police use of force and military tactics in the pacification of favelas in Brazil. He was a 2013 Senior Executive Fellow at the Harvard University - Kennedy School of Government, completed the Kennedy School National and International Security Senior Executives Program, the National Defense University (TLS) Reserve Component National Security Course, the United States Marine Corps Command and Staff College, and attended the University of Minnesota completing four years of undergraduate coursework.

In 1981 at age 17 Eduardo enlisted in the United States Army and was promoted through junior enlisted ranks to E-5.  He was commissioned via ROTC in 1984 and served 14 years in the Army Reserve and Guard serving in Infantry, Special Forces and counter-narcotics assignments.  He was awarded the Special Forces branch and served in detachment and instructor assignments in 12th, 20th and on IMA with 7th and 10th Special Forces Groups.  In 1999 he received a commission as a Marine Corps Officer where he served in various assignments and leadership positions in Reconnaissance, Special Operations Commands, Joint Special Operations Task Forces, Force Recon, and tactical operations positions from team and platoon to battalion level, instructor billets, NCIS Foreign Investigations, Anti-Terrorism/Force Protection Officer and staff activities.  He completed more than seven years of overseas tours including contingency operations during Operation Enduring Freedom and was the Commanding Officer of Anti-Terrorism Battalion, 4th Marine Division the largest Battalion in the Marine Corps with over 1,200 Marines at over 11 sites in six different time zones and overseas operations and retired as a Colonel in July 2014 after 33 years of combined active and reserve service.

Eduardo served over 26 years as a law enforcement officer and retired as a Commander in the metropolitan Seattle, WA area after serving in Minnesota, Florida, and Washington States. He held managerial, supervisory and tactical assignments in patrol, traffic, SWAT, canine, mounted patrol, homicide task forces, narcotics, training and investigations, has over a dozen instructor certifications and is a recognized subject matter expert. Eduardo coordinated and conducted over fifty courses and advisory details with tactical units and SWAT teams throughout the Americas and in the Middle East. He is a member of the International Association of Chiefs of Police, the Florida SWAT Association, and ASIS. He is a frequent lecturer on public safety topics and served as a Regional Advisor for the National Tactical Officer Association and is on the Executive Board of the Latin American Regional Council of the U.S. Department of State Overseas Security Advisory Council.